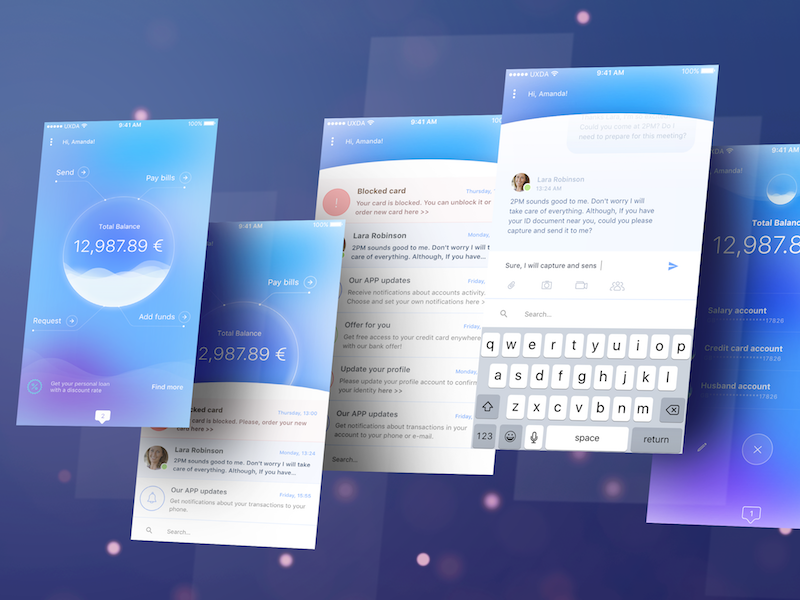 Customer experience is key to the success of challenger banks, but some are not always getting the basics right. Challenger banks are now well on their way to offering a full range of banking services to customers including fully functioning current accounts, loans and savings - tackling established banks head-on. Banks such as Atom Bank, Metro Bank and Monzo have been quickly growing their customer bases to benefit from economies of scale, promising a revolution in the banking industry and particularly in customer experience, but are they delivering?

Mostly built from the ground up, challenger banks claim to be centered around delivering a top class customer experience. Offering a unique selling point as part of their brand proposition has allowed many challenger banks to gain a foothold in the market, yet customer inertia from established banks has been difficult to overcome. We analysed App Store reviews using our customer feedback analytics AI to uncover and interpret the most important parts of the customer experience using customer’s own words.

We found vast differences between customer sentiment across the challenger banks we studied. Considering all aspects of the customer experience, Revolut, Monese, and Monzo came out on top, with all three the focus of high positive sentiment for their in-app experience and transaction capabilities. We found that expectations among consumers were especially high among challenger banks and that many experimented with multiple challenger banks before choosing to settle with one, with little patience for poor experience.

Percentage of total responses by category

Breaking down the responses we analysed, consumers most frequently commented on the user experience, including the ease of use, layout, and setup, followed by the transaction experience and capabilities of each bank. Together these accounted for over 60% of overall feedback, followed closely by other factors such as customer support and brand.

With the absence of branches at most challenger banks, the digital customer experience is the whole customer experience. Platforms by Monese and Revolut generated the greatest net positive sentiment scores of +51 and +47 respectively, with users commenting on the simplicity of their applications and user-friendly interfaces. On the other hand, banks that over-engineered their designs and experience scored negatively. Customers responded poorly to banks which appeared to take a style over substance approach, particularly when this impacted the navigation or ease of use of the app, for example, Atom Bank’s unique 3D interface and customisation were a source of negative sentiment among a large proportion of users. Feedback suggests that personalisation and elements that add little to the core functionality and purpose of the underlying application are not received well at the expense of getting the basics right.

Glitches and bugs detracted from the otherwise positive sentiment toward online experience at Revolut and Monzo, although were a recurring theme across all the challenger banks we analysed. While it is worth noting that some banks are still operating in beta modes, customers appeared to lose patience with bugs and glitches quickly and expected more given the digital-centric approach of these banks. As a result, a minority of customers switched to competitors as they felt these glitches detracted from their ability to trust the banks with their money, particularly given the lack of a long-term reputation compared to established banks. Consumers enjoyed the expanded functionality that some challenger banks offer above established banks’ digital offering, contributing to positive sentiment, though regular changes to the interface and functionality are a source of negative sentiment. At Atom Bank and N26, customers reacted negatively to trial features or functionality being taken away without notice through updates, possibly creating more damage than if these features were not included at all. Consequently, challenger banks must weigh up the pros and cons of rolling out new features to be first to market, versus waiting until the product is tried and tested.

The registration and onboarding process is handled digitally at almost all challenger banks. Revolut was well rated for its easy setup process, and this contributed positively toward a net sentiment of +57. We found that some potential customers were quickly deterred from fully trialing or using a challenger bank’s product due to poor first impressions at this initial stage, for example, issues with Atom Bank’s setup and verification measures have led to negative sentiment. Other challengers such as Monzo had struggled to manage strong demand and high customer expectations, introducing a waiting list system, which was a detractor from positive sentiments.

Lower cost structures and the opportunity to build new systems centered on customer experience present opportunities for challenger banks to compete. We found that across challenger banks, led by Revolut with a net sentiment of 49 for transactions, customers were impressed by lower transaction fees and fast transaction speeds although some banks consistently outperformed others. Atom Bank and Metro Bank were the only two challenger banks to receive net sentiment below 30 for transactions, which was in part due to users making direct comparisons of the lack of features within their apps compared to other challengers. In customer feedback, responses mentioning transaction capability and features accounted for more than double the volume of responses about savings and speed combined, though these remain relevant.

Beyond offering a high-quality user experience, banks that provided benefits such as no currency exchange fees, including Monzo and Revolut, generated a much greater volume of positive sentiment than those that did not. At both banks, savings consumers received contributed over 20% of the positive sentiment toward transactions alone.

Challenger banks have adopted a range of methods for customers to seek support and our analysis found that service is often inconsistent, not always meeting consumer expectations. Monzo generated high positive sentiment from its in-app chat, with customers finding it fast and convenient in comparison to traditional telephone support. It received the highest net sentiment of +59, trailed by Revolut at +6. Revolut offers automated phone support and in-app chat which some customers praised, however users frequently commented on poor response times and poor quality help that did not answer their questions. We found similar inconsistencies at N26 and Atom Bank, with some users satisfied and others let down by their support teams when they failed to deliver, generating overall negative net sentiments of -33 and -30 respectively.

Our analysis found that overall sentiment toward the brand of each challenger product was highly reflective of factors such as the online experience and customer support, but also expectations. Consumers appear to have had very high hopes for challenger banks, notably Atom, Monzo and Metro Bank, which have received a lot of media attention for their attempts to disrupt the established banks. This has, in turn, led to negative sentiment when such high expectations have not been met. At Atom Bank, in particular, negative sentiment toward the brand overall was centered around failing to offer a promised high-interest rate to enough customers to meet demand and waiting lists to register. Similarly, at Metro Bank, some negative sentiment was generated by the app not fulfilling the promise of the brand to truly challenge established banks, offering only the same or less functionality than well known UK retail banks. These examples may fade into memory as time moves on. However, they demonstrate the need to balance customer attraction and manage expectations.

With ambitious growth targets, it is important that challenger banks get the customer experience right to be successful at attracting and retaining customers, starting with the basics. Offering a user-friendly experience that can be relied upon for a range of banking transactions is more important to customers than gimmicks. While some challengers are doing the right thing in many areas, it is clear that there is room for improvement. Our deep learning and artificial intelligence technology allow you to understand every piece of customer feedback across channels to provide an aggregate view of what drives experiences and where to optimise for growth.