We analysed customer experience in banking and here's what we found: Part 1 - Established Banks 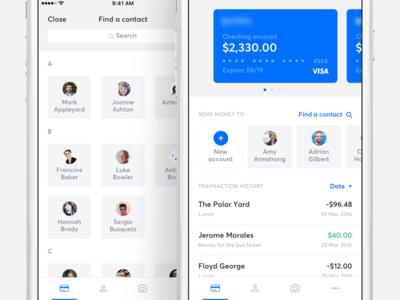 Customer experience is the new competitive advantage for banks. Established banks are failing their customers with poor customer experience, and most have not done enough to win over customers, while technological advances have given startups such as ‘Challenger banks’ Monzo and Atom Bank a more level playing field to compete with the traditional giants.

Customers now expect to be able to access information about their accounts online and through smartphone apps, which have become an integral part of the banking experience. 45% of UK adults now use a banking app on their smartphone - a figure that is even higher among millennials at 72%. Significant investments in banking applications by Natwest and other banks have taken mobile banking beyond simple balance checks, and customers increasingly expect to be able to access further banking services at their fingertips.

Using our customer feedback analytics AI over App Store reviews, we analysed and interpreted the most important aspects of customer experience across established banks directly from the customer’s words.

Now Is The Time To Focus On CX

Our analysis of app reviews shows that banks investing in their mobile platforms benefit from greater positive customers sentiment. Online banking platforms/apps were a source of mixed attitudes amongst customers, with some established banks leading the way in leveraging their platforms as a source of advantage and customer satisfaction. This is likely to be increasingly important as consumers become less hesitant to switch banks, with services such as the UK Current Account Switching Service making it easier to change provider, increasing competition in the sector. Additional changes in the future as recommended by the UK Competitions and Market Authority (CMA) may also require banks to be more transparent with service quality and experience metrics.

Basic Functionality Will Cost You Customers

As some banks have begun to roll out more features to customers using mobile banking, such as in-app application forms for savings accounts and loans, the ability to modify accounts and spending analytics, customers of banks which still offer only basic functionality are becoming dissatisfied. Natwest and Halifax customers in particular rate the online experience they receive highly, with high net sentiment scores of 85 and 61 respectively. Both of these banks, in addition to Lloyds Bank and Barclays, are praised by customers for their ease of use and number of app features. Features including the ability to see pending transactions and also smart analytics of spending were a source of positive sentiment at these banks and Natwest, as they add value by enabling consumers to track and manage their finances more effectively.

HSBC and First Direct received negative net sentiment for their online experience, at -61 for First Direct and -80 for HSBC, suggesting it is a key area for improvement. Customers negatively mention the layout and ease of use of online services, frequently citing issues with the setup and login process which involves multiple stages and verification measures. Comments highlighted some customers that had ceased use of their HSBC or First Direct accounts or switched away, particularly after seeing the superior products of competitors. It is worth highlighting that First Direct's history as an online and telephone bank (whilst a part of HSBC) may influence customer expectations - users may expect more than other banks in terms of experience from a bank that first pioneered remote banking in the UK.

Security and safe handling of highly sensitive data must be central to mobile banking. However, each established bank takes a different approach to building this into the user experience. Natwest and Barclays, followed by Lloyds, were fast to adopt Touch ID on Apple devices and similar technology on Android to enable quicker and easier login processes that have contributed to generating high positive sentiment. As users have quickly become familiarised with this technology in their devices, it has become seen an expectation among customers. HSBC, First Direct and until recently, Nationwide, have no or limited support and instead rely on long passwords and security keys, a cause of frustration among app users and a contributor toward lower sentiment for online experience.

Embracing New Technology Has A Positive Impact On Customer Experience

The capability of mobile banking to handle a range of transactions and in a fast manner is important to customers. Given their experience in dealing with millions of transactions every day, customers expect established banks to offer reliable and efficient transaction services. The majority of established banks we studied received net positive sentiments, with only First Direct, HSBC and TSB missing the mark. New transaction capabilities such as PayM (which enables mobile to mobile payment by phone number) and excellent reliability contributed to much of the positive sentiment where applicable. Glitches such as regular duplicate transactions and complex procedures to transfer funds were detractors, for which customers were not forgiving. Complexity in conducting transactions was most frequently mentioned negatively in comments, which had a visible impact on sentiment at some banks.

Across all established banks, customer support among users was most poorly received. Overall, net sentiment was negative with the best score of -3 belonging to Lloyds and HSBC receiving -90. Customers of Lloyds Bank praised its responsiveness to fixing glitches and knowledgeable support team, although positive sentiment toward customer support was outweighed by negatives such as poor quality.

Poor service quality was a key driver of the negative sentiment toward customer support, with customers highlighting lack of understanding of agents of their devices and also compatibility issues. Customers of virtually all established banks complained about glitches or problems with accessing their accounts on some devices and software versions, and often found it unclear where to seek support regarding app related issues. Only a few of the established banks offer methods to directly connect with agents through secure messaging, which in some cases lacks functionality such as the ability to initiate new conversations.

Focus On Experience Not Product

Online experience and transactions are reflected in sentiment toward the brand as a whole. We found that, unsurprisingly, banks with positive sentiment toward these two factors were those with the highest overall net positive sentiment and also higher average net promoter scores. These results ultimately imply greater customer advocacy and loyalty, both of which are paramount to success in the increasingly competitive banking sector.

As a result, established banks must take action to focus on their digital experience as consumer expectations of mobile banking evolve. Even without the power of large balance sheets and the data possessed by large banks, challenger banks are already winning over customers. Their typically lower cost structures and leaner organisations may place them better to respond quickly to ongoing and future developments in the sector, so established banks must urgently consider their strategy to ensure they are not left behind.

Fortunately, deep learning technology allows you to break the trade off between quality and quantity of data. Our artificial intelligence understands every piece of customer feedback across channels to provide an aggregate view of what drives experiences and where to optimise for growth.